The older I get, the more I realise how much I don’t know. It is frustrating, no longer being a know-it-all! So I compensate by reading as much as possible about what I am most interested in: the human condition, economics, ideas, philosophy and politics, or rather understanding how politics have, and is, failing democracy. I am particularly interested in understanding how power corrupts and trying to understand what we need to change, as humankind, rather tentatively, enter the age of comprehension and humility. For more reviews of non-fiction books check out my goodreads page. Laura Tingle’s essay is summarised with simple poignancy in her own words:

“We should expect our leaders to help rebuild the national debate and protect other voices within it.”

Tingle discusses different aspects of the leadership dichotomy, including how the intensity of media scrutiny has made our leaders into personalities where their substance drowns in the incessant demand for news and twitterable “sound” bytes.

For a complete review of both this and Michelle Grattan’s book: The Knowledge Solution – click here. I love the opening paragraph of Michelle Grattan’s ‘Knowledge Solution:’ “It is a paradox of our modern democracy that we have the conditions and tools to enable our political system to work better than ever before, yet all that seems to be discussed today is its dysfunction.” Her book is an anthology and includes an interesting mix of contributors, some dating back four years, most previously published but no less interesting in the context of the book’s subtitle: ‘What’s wrong and how to fix it’. For a complete review of both this and Lara Tingle’s Quarterly Essay – click here.

Mark Colvin - "Light and Shadow: Memoirs of a Spy's Son" Even if you don’t know the name, you will remember the mellifluous soothing voice of the late Mark Colvin – ABC foreign correspondent for decades, including presenter on Four Corners, Lateline and many more. A legend of good old fashioned journalism at its best. He sadly passed away far too early in 2017. His autobiography – ‘Lights ad Shadow: Memoirs of a Spy’s Son’ is a terrific read. From covering the American hostage crisis in Tehran in 1979 to the Rwanda genocides in 1992, Colvin reported first hand from some of the most pivotal moments of recent history. His anecdotes about those early days of his illustrious career are fascinating insights into how much technology has changed journalism and how the media works. Like many other autobiographies by media people it is light on personal insights, except for the at times fractured but enduring and ultimately loving relationship with his father, who was a spy for British Intelligence, but without Mark and his sister knowing until well after their dad was retired. It adds an extra dimension of intrigue to some of the dramatic world events that Colvin witnessed. The book is as well written as you’d expect from a man who lived his by the word. I listened to it on Audible which added to the enjoyment as hours upon hours of listening to his voice is about as calming as it must have been for Americans to hear Walter Cronkite in the sixties and seventies. May they both rest in peace – we need more of their kind now than ever! Available as paperback or to listen on Audible.

David Leser - "To Begin to Know: Walking in the Shadows of my Father" 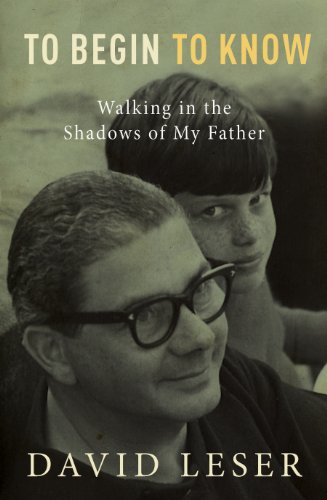 From the self serving grandiosity of Conrad Black to the raise and mysterious demise of Robert Maxwell, I have always enjoyed reading about people in the media. David Leser is neither self serving, nor mysterious, and he has written an at times brutally honest account of his life as a journalist, being a son, and being a husband and a father. Told with much wit and insight, his story cleverly uses world events and the many fascinating people he has met along the way as a backdrop to his own journey. Having spent much time in Jerusalem, a proud, but somewhat agnostic Jew, he agonises over the conundrum that is the Israel oppression of the Palestinian people. He serves up fascinating tidbits of the very long list of people he has interviewed and written about, not shying away from having opinions about those that may not share his own values, yet without malice or the hubris prevalent in the media world he inhabits. His meetings with Allan Jones are told with humour and due reverence to the enigmatic, self important and influential radio host. (That Jones sued Leser for the article he wrote about him speaks volumes about the narcissistic paranoia of Jones, but that is another story, and not one Leser himself dwells on to his credit.) David is equally candid about his own demons, not least in the way he describes the at times fractious, but fundamentally loving, relationship with his mercurial father, the long-serving CEO of Conde Nast, one of the world’s largest media companies. He weaves the story of his family, fortunate survivors of the Holocaust, into that of his own at times painful pilgrimage of self-discovery. In summary, this is not so much an autobiography but a ripping yarn about a passionate, deeply caring, word- and world-wise man, worts and all. Do your self a favour and read it! Save a tree – read it on your tablet, ipad or book-reader.

A C Grayling - "Democracy and its Crisis" A C Grayling writes well, he is easy to follow, although at times a bit too academically “heavy”. He is logical and he puts democracy in context of history and of the times we live in. Understandably it is focused on the Westminster system and the UK, but much is also relevant to Australia. Where it falls a bit short is in proposing solutions, there are books that do that much better. Even blueprints for change, just sayin’…. Richard Walsh is an Australian publishing legend. From founding OZ magazine to CEO of Angus & Robertson and later ACP he has had a front-row seat to Australian politics for decades. In his book on rebooting Democracy he has thought deeply not just about how democracy is not working but how to fix it. He doesn’t hold back in characterising the failures of our politicians as the custodians of democracy. But more importantly he outlines a comprehensive set of ideas for how to change a flawed system that is increasingly alienating voters from participating. For a compprehensive review – click here. 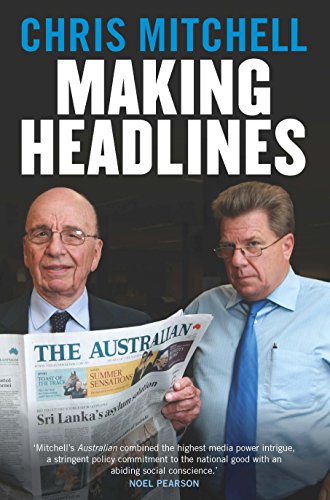 An interesting read, although fascinating that a man who has spent his whole working life editing and directing other people’s writing writes without much flair. It is the subject matter that kept me going, not the prose. It is also not an autobiography, it offers almost no insight into the man, only his work. Maybe to be expected as he seems to have been completely consumed by it. Chris Mitchell was no doubt very, very good at what he did. As editor of The Australian he would have had to be good to continue to please the Murdoch family and their henchmen, men like Ken Cowley and John Hartigan, hard and uncompromising task masters all. Disappointingly, it offers only limited insight into Rupert and Lachlan. Most instructive is an anecdote about a tennis match where Rupert insisted on being allowed more than two serves. As someone who has played tennis (poorly) against better tennis players all my life, I still find that an abhorrent notion. But then again I am neither ultra competitive, nor a billionaire. Where this book excels is in describing the close symbiosis between the senior journalists and editors of the major newspapers and the various prime ministers encountered on Mitchell’s watch. Howard, Rudd, Gillard and Abbott each get a chapter. Not surprisingly Howard comes out notionally “best”, Gillard more surprisingly not at all unflattering, either. It is a testament to Mitchell that even though he has been a close mate of Kevin Rudd all his adult life, he does not hold back in revealing his, ahem, idiosyncrasies in great detail. Tony Abbott comes out smelling like the metaphorical perfume of Peta Credlin, and he is rather scathing of them both, to say the least. Most revealing of this part of the book is how it depicts these senior politicians as having one dominant common characteristic, the need to be right rather than striving to do the right thing. Which, incidentally, is a trait clearly shared by Chris Mitchell himself. It goes without saying that he is a man of predominantly conservative leanings (otherwise he wouldn’t be working for Murdoch), but I still cannot help but being disappointed at how his own views of the world of media in general and journalism in particular completely dominates how he perceives the profession. The prevailing feeling after some 370 pages of a lot of self back-slapping is that pretty much anyone that doesn’t work for his paper, but for places like the ABC, Fairfax or the Guardian, are just not up to scratch. And maybe that does say a lot about the man after all. Save a tree – read it on your tablet, ipad or book-reader. 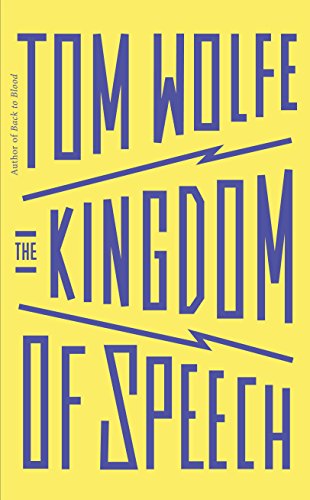 A most surprising and satisfying read, but you have to be patient, because the real purpose of the book isn’t revealed until the very end. It is erudite, eloquent, as you’d’ expect from this author, funny, irreverent and immensely insightful all at he same time. Save a tree – read it on your tablet, ipad or book-reader. 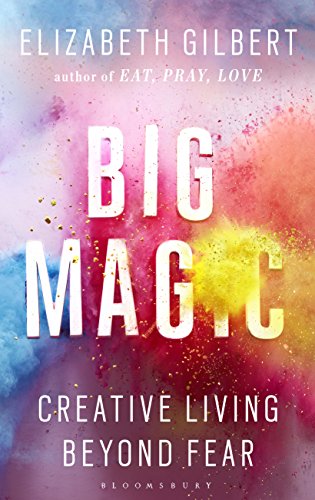 Just add me to the list of devotees, Elizabeth Gilbert is a shining beacon of sanity in the often confused world of creativity, artistry and life itself. Common sense has rarely been so eloquently presented. Save a tree – read it on your tablet, ipad or book-reader. 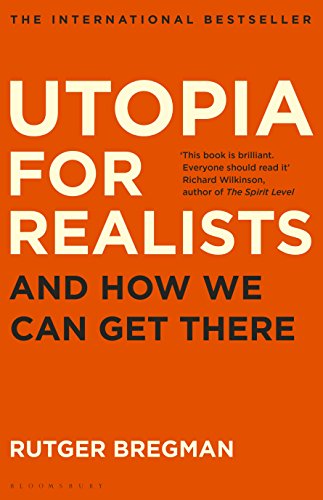 This is not just about universal income, it is a book that challenges almost every antiquated notion about what our affluence is built on. It is a book pointing the way towards an alternative future, a world were we can realistically move towards an end to poverty and inequality. The author bridges the gap between history and present reality, without pontificating, carrying not just many convincing arguments for his beliefs, but doings so with both humility and insight into the human condition. Brilliant. Save a tree – read it on your tablet, ipad or book-reader.

Gabrielle Bergan - "Return to My Soul: My Journey from Darkness into the Light" 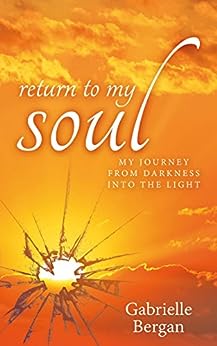 Gabrielle has written a very personal account of her life and the challenges she faced, and at the end is a profoundly moving vision of a truth that we all seek, one way or another. Writing about yourself may seem easy, it’s a story only you know well. Reading about someone’s life can be quite uncomfortable, especially when it is clearly personal and intimate, creating an uneasy feeling of peeking into someone’s life. Gabrielle’s style is so matter of fact and honest that she manages to transcend that. Her story isn’t unusual, not unique, she is just like the rest of us, there are no heroes or villains or drama beyond ordinary life events. But despite that I still kept swiping the pages wanting to know more. Highly recommended for anyone wanting to “find themselves” whatever that means for you. Save a tree – read it on your tablet, ipad or book-reader.

We participate in the Amazon Services LLC Associates Program, an affiliate advertising program designed to provide a means for sites to earn advertising fees by advertising and linking to Amazon.com.au.