I love history. Must have something to do with the history teacher I had at my high school in Oslo. He was also our literature teacher. A survivor from Sachsenhausen during the second world war, he was a humble man, had polio as a kid, tall and gangling, looked like he’d keel over any time as he limped into class, books in hand, always ready, passionate about being a teacher. Formal and correct in every way, calling us all by our last names, fierce about grammar. He was a kind man, I remember him with much fondness. Below are snippets of reviews of history books I have read recently.

For more reviews, check out my goodreads page.

Alan Gold - Bell of the Desert If Winston Churchill and the other leaders of Western Europe had listened more closely to Gertrude Bell and T.E Lawrence during and after the First World War, the Middle East might have been a very different place today. Bell and Lawrence both understood the complexities of the region better than any other outsiders, both having spent decades travelling the Arab peninsula as archaeologists, unofficial envoys, cartographers, reporters and writers and (in Lawrence’s case) officer of the Army. And if Gertrude Bell had not been a woman, the immediate aftermath of the war may also have been quite different as she battled the male dominant hierarchy of British army generals ignorant of the history and culture of the Arab nations. Author Alan Gold has made his name writing about the forgotten women of history. The book is written almost as an auto-biography, cleverly constructing scenes and dialogue as a first hand account of events. As such there is no doubt quite a bit of ‘poetic license’, but that doesn’t detract from the accuracy of the overall narrative, quite the contrary. Apart from being exceptionally intelligent, Gertrude Bell also had the distinct advantage of coming from a very well-to-do and well connected industrialist family. Her grandfather was Sir Isaac Lowthian Bell, a Liberal MP during Benjamin Disraeli’s second term as Prime Minister, and her father was Sir Hugh Bell, who with a title of 2nd Baronet was (almost) to be counted as gentry. Money and connections enabled her to study at Oxford and she was one of the first two women to graduate with a first class honours degree in history, when she was only 19. Never married – another factor that made her achievements in those times even more extraordinary – she started travelling the world at an early age. She developed a passion for archaeology and mountaineering (Gertrudspitze in the Swiss Alps near Bern is named after her – being one of the first to ascend it). But her first and enduring interest was in the lands of the Arabs – Persia, Palestine, Syria and Mesopotamia as it was known then – borders fluid and very different to the lines later drawn up by men in the smoky map rooms of the war planners and at “peace” conferences. Gertrude Bell learnt the languages, befriended the kings, princes and sheiks of the region and made it her life’s work to understand what so many of her countrymen did not bother to. Some of the top brass did appreciate her contributions, but most were, of course, threatened by the mere thought of a woman of knowledge and influence. Neither T E Lawrence nor Gertrude Bell were supporters of the Sykes-Picot agreement or the Balfour Declaration, which in hindsight both proved to be disastrous for the region. I doubt if there ever was a greater example of “divide and conquer” than the British (and French) strategy in the Middle East during and after the First World War. It was all about the oil, of course, making sure that no Arab nation would be strong enough by itself. “Solving” the “Jewish problem” was just a side effect. The world is still suffering from the consequences. Bell of the Desert provides excellent insights into all of these events, places the various combatants and participants in context and illuminates the history. It is also a most enjoyable read (or ‘listen’ as I did). The author cannot hide his love and admiration for Ms Bell, and it is hard for the reader not to join in. There are doubtless embellishments in the narrative – events and conversations that the author could not possibly be privy to. But it works as a great yarn whilst providing fascinating insights into an extraordinary woman in extraordinary circumstances. Highly recommended. PS> The movie “The Queen of the Desert” is no way of getting to know and understand Gertrude Bell. It is as narrow in scope as (lead actress) Nicole Kidman’s facial expressions. Save a tree – read it on your tablet, ipad or book-reader. Read this after watching Ken Burns’ excellent documentary on the Vietnam War. Although this book is historical fiction, it is still an excellent expose on the background and events that led to the tragedy of the region, starting with colonialism in general, and the French exploitation in particular. It’s an epic story centered around an American family and their interaction with Vietnam spanning generations and five decades. Grey very cleverly places his characters into actual events, and he manages to paint all the main characters as human beings with all their flaws and ambiguities, leaving it to the reader to take sides (or not). An excellent read for anyone interested in the history of the region and the devastating effects of colonialism. Save a tree – read it on your tablet, ipad or book-reader. The movie is one of my all time favourites, the man an intriguing character of a tragic period of history. I have always had the sense that if the British generals (and more importantly the politicians) had listened a bit more to T E Lawrence (and Gertrude Bell) the Middle East just might have been a different place today. But of course, they didn’t – it was all about power – divide and conquer. Lawrence’s incredibly detailed account goes a long way to reveal why they could do so with ease in Arab lands that weren’t really countries, but diverse communities of nomads and tribes with no real notion of nationhood. United only by a common enemy, the Ottoman Turks. The detailed narrative does get a bit tedious after a while, but at the same time it is also fascinating and very, very impressive in the detailed recollection. Lawrence was no doubt a complex man, full of contradictions, fiercely intelligent and with an acute observer of both his surroundings and the men (and there are only men) he encounters. For anyone interested in the history of Word War I in general and the Middle East in particular it should be mandatory reading. Save a tree – read it on your tablet, ipad or book-reader.

At first glance they may seem like an odd couple, but their influence on the seminal events and the thinking of the 20th century is equally profound. Winston Churchill defined and led the resistance against the tyranny of Adolf Hitler, George Orwell understood and explained the nature of totalitarian regimes. They were both men who were prepared to change themselves in order to change the world. Pulitzer Prize winner Thomas E. Ricks has written an insightful account of these two men whose paths never crossed and came from opposite ends of society and ideology. The book focuses on their life and deeds from the late thirties until after the Second World War. Ricks does not eulogise either man, he recognises their flaws and earlier failures, yet puts them both in the historic perspective that they deserve. Where Orwell helps us understand the threats to freedom, Churchill embodies true leadership; In the dark days of spring in 1940 he rallied a nation by telling people the truth, not what they wanted to hear. Today’s leaders have much to learn from both men. “Churchill and Orwell: The Fight for Freedom” is a terrific read. It is well structured and flows easily without boring parts, it doesn’t dwell on the melodrama as some of the current films about Churchill do, but focuses on how these two flawed individuals helped shape our world. Click here for the full review.

Save a tree – read it on your tablet, ipad or book-reader. 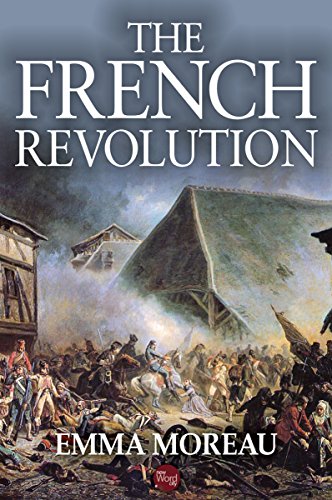 Writing about modern democracy and its challenges, I realised that my knowledge of the French Revolution was somewhat limited and certainly cliched. This is a great summary of the events that led to the storming of the Bastille in 1789 and ended with the coup d’état by Napoleon. It dispassionately tells the story of the endless infighting, backstabbing and atrocities that engulfed the spirit of “liberte, egalite and fraternite”, mocking those fine sentiments into oblivion. The French Revolution did not just kill its children, but its fathers, too, in the end. It is a concise and well written book, all the protagonists are clearly placed within what was essentially 10 years of utter chaos and terror. Save a tree – read it on your tablet, ipad or book-reader. 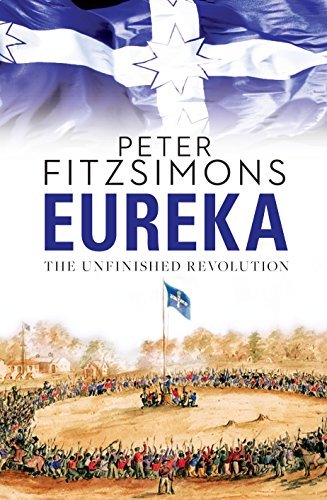 Peter Fitzsimmons managed not just to tell a compelling story about a fascinating and much misunderstood period of Australian history, but he does it in a way that captures the times impeccably – you can feel it, smell it, see it throughout a truly memorable readers journey. Loved it! Save a tree – read it on your tablet, ipad or book-reader. 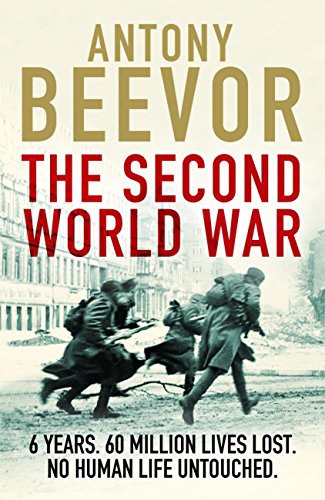 A totally engrossing and captivating book that manages to compress so much knowledge and details into an immensely accomplished story. The heroes, the villains and the utter folly of war told with passion and respect, yet managing to convey it in a way that also presents the big picture. Lest we forget, Beevor is the ultimate war historian. Save a tree – read it on your tablet, ipad or book-reader. 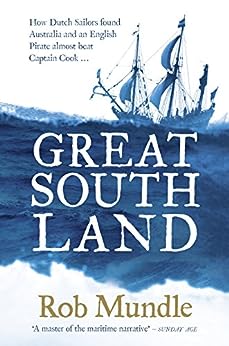 A great read (or I should say listen, as I did on Audible), Rob Mundle has a talent for narrating historical facts in a way that makes it interesting and enjoyable. I learnt a lot from this book, great insights into a fascinating period of maritime exploration and its motivations. Intriguing stories of how coincidence, greed, bravery and quite literally escapism shaped the time leading up to the discovery of Terra Australis. Our history could have been quite different with just another tack here, a wind change there…. Save a tree – read it on your tablet, ipad or book-reader.

We participate in the Amazon Services LLC Associates Program, an affiliate advertising program designed to provide a means for sites to earn advertising fees by advertising and linking to Amazon.com.au.