I am no fan of either of the big parties, or rather of the role that party politics plays in distancing democracy from its purpose – which is representative government of the people. The parties as custodians of democracy has failed. However, the prospect of a hung Parliament with a group of sensible independents holding the balance of power may just be the start of a change for the better.

I recently pleaded with Bill Shorten not to gloat over the Coalition’s loss in the Wentworth by-election. I commend him for avoiding that temptation. But since then he has – by design or otherwise – avoided publicity in the main stream media, seemingly preferring social media and good ol’ fashioned town hall meetings – lots of them every week, all over the country. He and Tanya Plibersek even chose to do a live Q&A cast on Facebook instead of seeking a major media opportunity.

With only two weeks left of Parliament sitting this year (3 for the Senate) breaking his self-enforced vipassana, there is every likelihood that his low-key approach will continue until closer to the 2019 election. One can only hope that the introspection leads to divine policy announcements when the time comes. 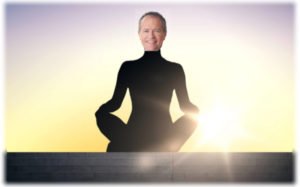 But I fear that the reason behind the strategy is neither a sign of magnanimity nor meditation practice.

Resisting the calls for an election now is probably just good politics in the minds of the Labor strategists. They may well be right, but the six months or so until the likely next election is an eternity in politics, so much can change.

Maybe the Labor party-room is only too aware that Bill Shorten doesn’t resonate with voters beyond the Labor die-hards. Maybe the political tacticians reckon Shorten is better at connecting with people in town hall environments than on the traditional “stage”. They may well be right. But despite the shambles of the Morrison Government so far Shorten still trails Morrison as the preferred Prime Minister by 8% according to the latest Newspoll.

In town halls or in the media, I call on the real Bill Shorten to stand up. I call on the Labor Party to take the lead and announce how they will address the issues voters say they care about. To go beyond party political tactical considerations and announce substantial policies on combating climate change, end the travesty of our border protection policies and show that the inevitable pronouncements of “governing for all Australians” are not just words but a credo to stand by.

Tony Abbott got into government back in 2013 without having to announce much in the way of policies as Labor in government had shot itself in the foot with a cannon. Not just once, but many times. The rest is history, but the lessons should not be ignored.

Instead, ignore the shrill voices from a government with its back to the wall. Ignore the inevitable scare mongering, ignore the half-truths of campaign slogans, rise above the petulance of personality politics, heed the calls for transparency and don’t shirk the difficult issues that risk popularity in the face of solid policy making.

Voters want not just a change of government but a government that acts. Will the real Bill Shorten either stand up now, or step aside for someone that will. Climate resurrection is not a question of belief - yet religious dogma is holding the world back from taking decisive action - we can't wait for Jesus! Party politics is the real elephant in the room!

Seeing the self-destruction of a political opponent is, of course, more important than taking action against the destruction of our planet. Party politics is failing democracy in Australia.