Politics as we know it is dead and politicians are failing in their duty as the custodians of democracy. Democratic reform is long overdue.

As I sat down to write this post my phone rang, “suspected spam” flashing underneath the caller ID, but I still answered, expecting a call. “Hello, this is a survey about Australian Politics” an obviously canned message begins without identification. I hang up, but it was a great metaphor for politicians so out of touch that they have resorted to communicating via a machine!

Much is currently being made of recent election results and how they have confounded pollsters and drawn the proverbial carpet from underneath the wobbly feet of confused party-leaders the world over. Commentators from all sides of the political spectrum regurgitating variations on the same narrative: the disconnect between voters and those they elect.

Brexit, Trump, Macron, the Tory implosion are all held up as examples for a failure of democracy. But in my mind the problem is not democracy, but the people, ie. politicians, institutions and governance models that keep democracy hostage to itself. Democracy is not broken, but just like everything else in this flawed but wondrous world that modern man and woman has created, it needs maintenance, it needs a bit of a care, it needs loving attention. More than that, Democracy has not had an upgrade for a very long time. The idea of a representative democracy has been around since the Athenians established the first democratic community around 500 BC. Their notion of democracy was somewhat limited to men of means, of course, and not much changed in that regard until the American founding fathers declared that “All men are created equal” in 1776. Well at least if you were white and male, that is, many of those same freedom touting foundlings were themselves slave owners, Thomas Jefferson owned about 250 slaves at the time.

The Declaration of Independence was the beginning of the American Revolution, ending up with what remains an eloquent and profound statement of what democracy is, the American Constitution of 1788. That went on to inspire the French Revolution and many constitutions after it, and remains the bedrock on which modern democracies are based.

Which is also to say it hasn’t changed much. Over the last couple of centuries democracy has become more inclusive, even non-white males and women can actually vote these days! But other than that, the democratic “model” has remained rather static. Except for one thing – party politics.

Thomas Jefferson, slave owner and the chief author of the Declaration of Independence, a man who dedicated most of his life to politics, declared shortly before he died in 1824: “I am no believer in the amalgamation of parties, nor do I consider it as either desirable or useful for the public…” How right he was! 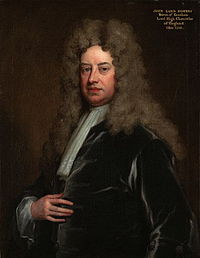 Party politics has its roots in 17th century England, where political factions emerged, the Whigs, protestant supporters of the constitutional monarchy, against the “absolute rule” leanings of the Tories, originating from the Royalist factions of the English Civil War a hundred years earlier. The American Constitution didn’t contemplate parties as such, but factions did emerge around the most vexing issues of the time – the extent of government powers and the degree of autonomy from “mother” England – sowing the seeds for what later became the Democrat and Republican parties.

During the 19th and 20th centuries political parties became the focal points of elections and thus of democracy itself. Parties became institutionalised, power structures established, formal and informal hierarchies flourishing, candidate pre-selection instituted, processes of policy making painstakingly formulated. The crucially important function of the party whip was introduced to ensure that all members towed the party-line on the floor of the parliament or congress. (For a great example of how powerful that position can be, just watch Frank Underwood in the first series of House of Cards.)

Parties were originally formed around a particular set of ideas, and we learnt to define our political parties by where they belonged on the “left-right” spectrum, from communism on the far left, via socialism, liberalism and conservatism and the nationalists on the far right.

During the industrial revolution, the raise of the labour movement, emancipation of minorities including women, two world wars, followed by 50 years of cold war, these distinctions continued to make some sense. There were some real ideological differences between the parties and political debate was still, at least at election time, ideologically based.

Not so in 2017. Politics is no longer about whether you believe in the ideas of Karl Marx or think that Adam Smith had all the answers on the economy. Those issue have been more or less settled. We no longer need to debate if a free economy is possible without government participation. It isn’t. We agree that every adult should have the vote, that labour unions have a place, that the world is round, that war is evil (mostly), religion is not a matter for the state and that health care, education and other social services are part of our entitlements, at least in affluent societies. We live in a complex, symbiotic and mixed economic environment where we are all dependent on each other.

In other words, party politics is no longer relevant as a harbinger of ideology. This is no more evident than when looking at the two major parties here in Australia. Notwithstanding the semantics, either party’s program could be substituted for the other and voters would not be any wiser. Modern party politics is purely about power, about being re-elected.

And to be elected, it is much better to be a member of a large party, especially here in Australia where preferences plays such a large part in determining the winner of an election; And preference deals are made between the parties, not between individual candidates. And election is paramount to politicians. Not just because being elected is supposedly a testament to a candidate’s performance, but because to most candidates, at least at state and federal level here in Australia, being elected is winning the job interview. “I now have a job, it is well paid, there are many perks and when they pension me off I continue to be paid and still get many of those perks for a very long time.”

Being a member of a large party such as Labour or the Liberals/Nationals here in Australia is a much safer way of getting that job than fronting up for the Greens or any of the other minor parties. Let alone as an independent – now that takes real passion, a lot of courage, a thick skin and actually believing in something!

The modern political party believes in nothing but platitudes, vacuous statements written by people who spend their working days pouring over opinion polls whilst trying to work out how to say as little as possible, with lots of words and repetition of phrases constructed by a committee, whilst offering minimum commitment.

Witness the transformation of Malcolm Turnbull, the man who once had both vision and a mission, now just another politician bereft of new ideas. His power of conviction has been replaced by his conviction of power. His approval rating plummeting, a slide only stemmed by the equally tepid and unconvincing mutterings of the opposition leader, Bill Shorten.

As party leaders they see their job as disagreeing with the other. Beyond the occasional words of unity, generally only uttered during times of crisis or in the immediate aftermath of an election, they both define themselves by opposing the view of the other. Their respective party minions meekly in tow. That is not what democracy is about.

As custodians of democracy, the party system and the kind of politicians that this system breeds, is failing. Once a practical way of organising elected representatives, it no longer serves democracy. “Modern” political parties exist to serve their own members, not their masters (aka. voters).

It used to be said that we, as in the voters, get the political leaders we deserve. I disagree, we deserve much better. We deserve representatives who listen and learn, who are accountable only to their electorates and to the law of the land, who are clear about what they stand for and act accordingly. We deserve leaders with visions for the future, not just towards the next election. We want leaders who have empathy and in-depth understanding of what people desire, how business operates, care for the environment and their communities and understand that we live in one world, not just one country or state.

These are, I believe, mere steps on a path towards true representative government. The party is over. It may still take some time here in Australia, but the trend is becoming a groundswell. In France both of the major parties have just been virtually obliterated by a movement that started less than two years ago. In India, the Congress Party, the biggest democratic party in history, who once ruled India almost unopposed, is a mere shadow of its former self, largely irrelevant.

In America, the Democrats are in complete shambles, Bernie Sanders the only shining light and he is no more a Democrat than Trump is a Republican – whose party members are kidding themselves if they think that he is beholden to them. For Trump, the Republican party was merely a means to an end.  In the Scandinavian countries the decline of the dominant parties started decades ago. In Norway, no single party has been able to form government since year 2000, and since then there has been several minority governments, necessitating a need to rule more by consensus than by decree.