Politics is getting uglier. As we enter into what may the last Parliamentary sitting week before the next Federal election, I fear it will descend into more lies, fear and obfuscation than ever.

The video of US Congresswoman Alexandria Ocasio-Cortez (aka. AOC) demonstrates with chilling clarity the fundamental faults in American democracy with a poignancy relevant well beyond Washington DC.

Inadvertently – and devoid of the grace and eloquence of AOC – Barnaby Joyce showed us just how far politics have sunk in this country, too, in a recent Facebook post he told the truth for a change:

“There is no umpire in political debate. There’s no rule book. What you get away with wins”.

LNP MP Tim Wilson displays the same callous arrogance in his election roadshow against Labor’s proposed changes to franking credits. Masqueraded as a “Parliamentary Inquiry” it is pure electioneering. It shows blatant disregard for parliamentary conventions, but above all it demonstrates that we have elected party delegates who see democracy as a means to their own advancement where anything goes.

Granted, it is not a first, and Labor, too, has done similar stunts in the past. It is systemic, not isolated to the ignorant, inexperienced and entitled Tim Wilson – albeit exacerbated by the collusion with his rich uncle, Fund Manager Geoff Wilson.

The real problem is that our system of political conventions doesn’t – as Joyce correctly says – have a rule book. And there is no umpire. Not even any adults in the room as PM Scott Morrison demonstrated with his unconditional support of Wilson’s antics.

And what else can we expect from a Prime Minister who this week stood up and claimed credit for calling the Banking Royal Commission. After voting against it repeatedly over a long period. When challenged on it, Treasurer Josh Frydenberg likewise deflected questions with the guilty demeanour that anyone who’s had errant teenagers would immediately recognise. Long time LNP MP Christopher Pyne came on ABC insiders on Sunday and prepared us for the ugly debate coming up this week about the proposed bill to allow refugees on Manus to come to Australia based on medical needs. His shrill and hysterical pronouncements were peppered with assertions so nonsensical that he must have known them to be, yet he continued the same, tired old line of “stopping the boats”.

Lies, fear and obfuscation are the main weapons in the political “debate”, and it will only get worse as we get closer to the federal election. 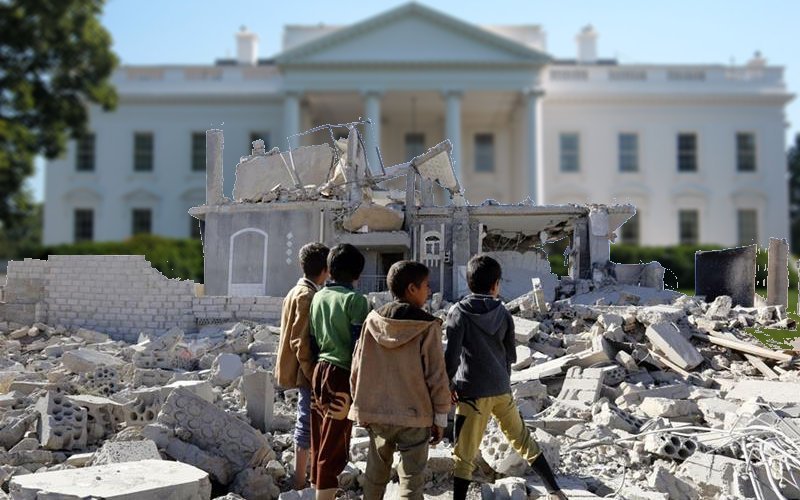 Trump is a liar - but it is the unbearable honesty of Trump we really should be worried about in a world ruled by the weapons industry.